Forget your sushi, your tacos and your burgers. It’s only a matter of time before the Balkan food becomes the new trend. From New York to London, many chefs, including Jamie Oliver, have started to be more and more interested in the Balkans gastronomy. Where does this success come from?

The cuisine of the Balkan is based on concepts that have been neglected for a long time in the West but have recently become priorities again. Seasonal cuisine, which favors fresh and local products but also always associated with resources, the gastronomy of the Balkan countries have kept a long tradition of canning and storage of food.

Like in many areas, traditional Balkan cuisine reflects the history of countries. Added to a very ancient culinary tradition of each country, we can find a common base in the Balkan, left by centuries of Ottoman invasion, including the famous Byrek (Börek, Burek …) or meatballs grilled in all forms, which are kings of the street food. The communist era also influenced the Balkan cuisine, especially the importance of being able to cope with rationing and shortages

There is a preparation that represents all these aspects of Balkan cuisine: the trahana.

What is the trahana?

Surely one of the oldest recipes in our history. Probably known from the Neolithic, the trahana could be the famous thickening tractae used by Apicius, the Roman chef, in his cookbook from the 1 century AD. Used in the Balkans, as in Iran, until the Caucasus, there are several ways to make and prepare the trahana, here are some of them.

In Crete the traditional trahana is called xinohondros, « bitter-fat », whole grains of wheat are coarsely ground, then mixed with goat’s milk to obtain a porridge, sunk into balls and then reduced to large crumbs. In Macedonia, as in some parts of Greece and Bulgaria, a very sober trahana, obtained with wheat flour only mixed with water (used mainly for Lent), can be combined with spices, peppers or tomatoes.

In Albania and Greece, the most common is sour trahana, made with wheat flour or semolina mixed with yogurt or milk, it is sun-dried in the small balls sometimes oblong blocks, then crumbled (by hand) more or less fine. 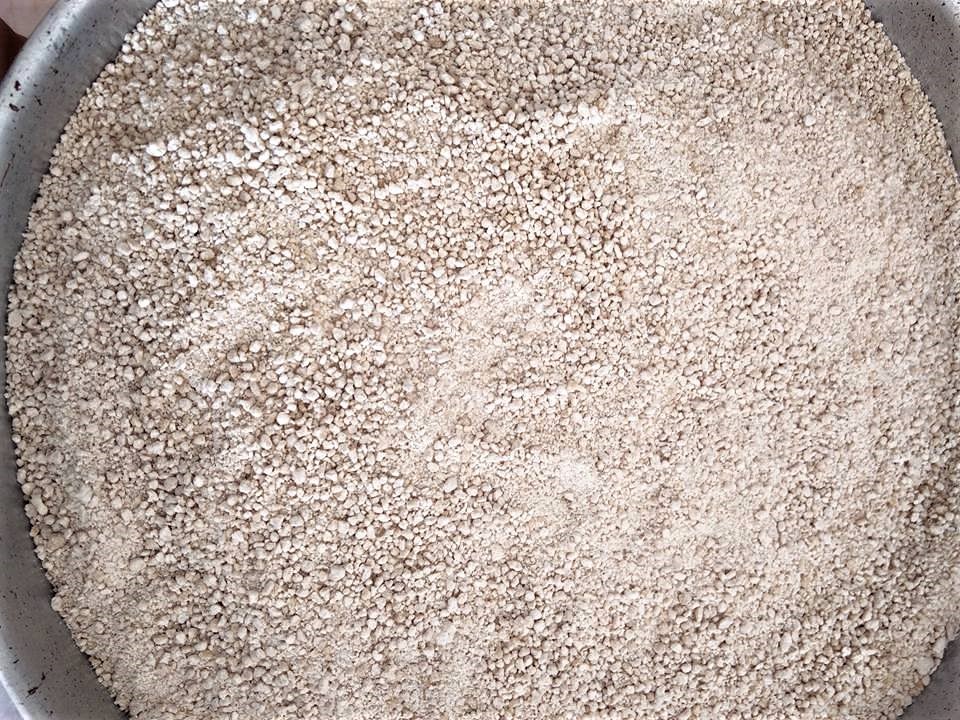 The way to prepare it also varies according to taste. Either in the form of soup or more solid as a porridge or for xinohondros in compact grains. In Albania, the trahana for some people is linked to communism and long periods of famine, so it is often served in a very sober way. In the form of porridge, it often covers dry bread, with olive oil, or melted butter mixed with red pepper. However, there are as many variants to cook the trahana and it can also be found with cornbread and feta cheese or even used as a filling for byrek! Finally, some restaurants have tried to rework the traditional trahana and offer it declined with all kinds of ingredients such as risotto or soup.

Very light when dry, the trahana is easy to store and can be kept almost indefinitely. Very nutritious, quick to prepare, hot, although its appearance might be unappetizing, it is the ideal breakfast in winter in the mountainous regions. For a long time associated with poverty, trahana is about to earn its nobility and be spread to the most prestigious tables in the world. And if you are not completely convinced, ask Cristiano Ronaldo who likes to enjoy a good trahana during his holidays in the Greek islands.